Kaplice is a town in the South Bohemian Region of the Czech Republic.

Origin of the Name :
in Latin texts - Caplicium
in German texts - Kaplitz

The first mention of the town is from 1257. The town Kaplice is situated in the pleasant region at the foot of the Novohradské mountains. It was founded in the early Middle Ages as the market village on the important trade route. It connected Upper Austria with South Bohemia. The route which was used for transportation of salt had important stopping places in the Austrian town of Freistadt and in Kaplice, so it was named after these towns. The advantageous position of the town was the reason for its change from a little settlement to a prosperous town.
The first stream of colonizers from the interior of our country was later inundated by exterior colonization and it was the reason for the co-existence of Czech and German elememts in the town. In the written documents from the first half of the 14th century, Kaplice is mentioned as the markettown but the town privilege was not given to it until the year 1382. This privilege was later reestablished by the new lords.
Kaplice as a tributary town belonged to the Pořešín estate, then to the Nové Hrady estate. In 1434, both Kaplice and Pořešín were acquired by Ulrich II. von Rosenberg. After the Rosenbergs died out, the estates were inherited by the Švamberks, then to be handed over to the victors of the Battle of White Mountain, the empirical general Karel Bonaventura Buquoy. The town obtained a number of privileges which positively influenced its economic development. Nevertheless, this development had many times in the past been seriously afflicted with such catastrophes as frequent fires, desolation and robberies during the wars, especially during the Hussite Revolution and Thirty Year’s War. The vitality of inhabilitants of the town always got them through these catastrophes.
During the years 1771-1775 the priest Ferdinand Kindermann, the famous pedagogue and later bishop in Litoměřice, worked here and organized an exemplary school which became famous even beyond the borders of Bohemia.
After the abolition of serfdom and the system of authority, according to the new administrative system, the town became the seat of the political and judicial district. It remained the district centre after many reversals till the year 1960.
Although Kaplice was the administrative centre of the large territory of Southern Bohemia, including the Territory of Vyšší Brod and Nové Hrady, it remained the provincial town without a larger economic base. In the year 1869 it had only 2,252 inhabitants and until the year 1921 the number had not changed. In this year Kaplice had 361 houses. It was mentioned as a market-town and the statute of the town was bestowed to it in July 9 of the year 1936.
The number of inhabitants declined after the exile of the Germans. In 1947, two years after the end of WW II, only 1,588 inhabitants lived here. During the next decades the number of inhabitants rose, especially in the 70’s and 80’s. By the end of the year 1997, there were 6 466 inhabitants in the town and 638 people in affiliated villages; Blansko, Dobechov, Hradiště, Hubenov, Květoňov, Mostky, Pořešín, Pořešínec, Rozpoutí, Rožnov, Žďár.
Until the year 1989 there was no possibility of travelling abroad - the location of the town near the closed border was disadvantageous. After the fall of totalitarism and the removal of „the iron curtain“, the town was restored to life. There are many rebuilt and reconstructed houses.... 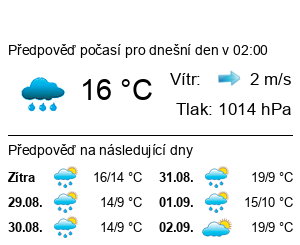