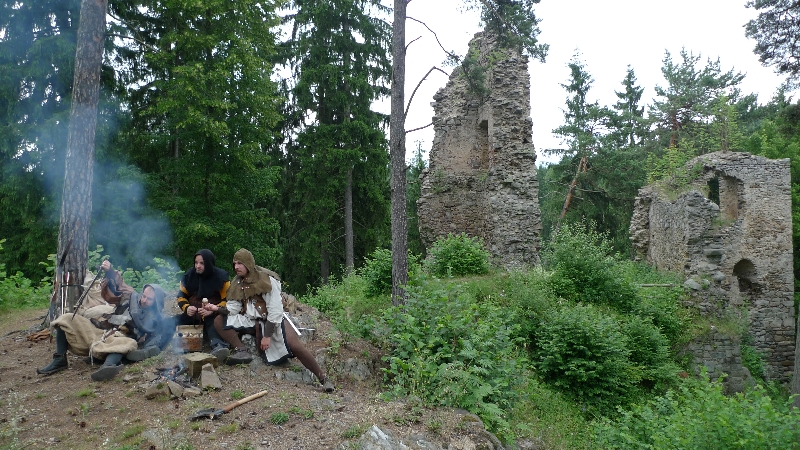 The little castle of Louzek is located as a river tear on a wide headland of the fast flowing Malše river, 4 km to the south of Kaplice.

The builder who built the castle did not sufficiently take advantage of the headland itself. The stringent financial situation did not allow the owners to use this headland to build a big castle and forced them to build the little castle in a corner of sheer rocks surrounded from two sides by the Malše river. Two remaining sides are protected from the west only by a simple mound that is strengthened from the north with a trench quarried into the rocks. The whole castle complex was made up of two parts at the time of its glory days. The first part was a little barbican situated between the north and west mound and the second is the centre of the castle itself that has pentagonal design. There were out-buildings built on the barbican but nothing remains of them. The same fate also hit the walled part of the castle. The erosion activity of nature supported by the lack of interest of the owner about the future of the construction accelerated the end of the castle buildings from which mostly only plain base walls remain. Only in the south-west part of the fortified place the remains of stony dwelling houses remain. (www.ckrumlov.cz) 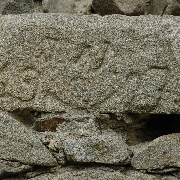 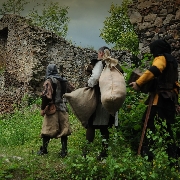 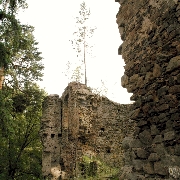