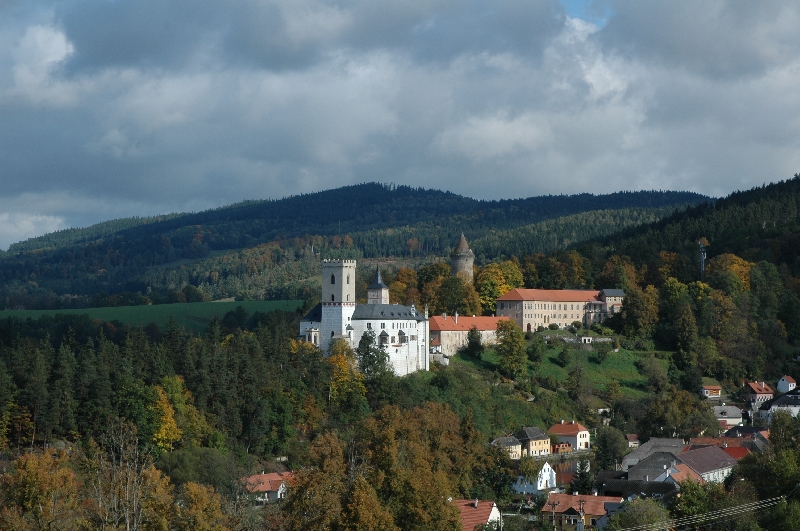 The early Gothic castle Rosenberg is located nearby Český Krumlov.

One of the oldest castles in South Bohemia was built by the Family of Vítek around the mid 13th century. The medieval disposition of the castle consisted of the Lower and Upper Castle. In 1522 the Upper Castle burnt down completely with the exception of the freely standing defence tower Jakobínka. An extensive reconstruction rebuilt in 1556 had decorated the facades of the Lower Castle in the Renaissance style. The last Rožmberk owner had the interiors festively decorated. Rožmberk was requested in 1620 by the Imperial General Charles Bonaventura Buquoy.
As late as the years 1840-1857 a reconstruction in spirit of the romantic Gothic style was carried out. The castle was to become a worthy monument of the Buquoy family’s glory. The present-day sightseeing route acquaints visitors with the oldest members of the Buquoy family. The last Rožmberks and the White Lady, who appeares in this castle, are mentioned too.